Buddy Caldwell wants to be your Attorney General 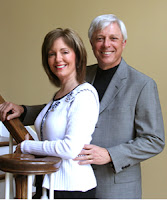 Buddy Caldwell has spent 29 years of service as a District Attorney and visited the KALB-TV studios recently for a Video Blog. Mr. Caldwell is emphasizing his long public service as an attorney for the people of Louisiana. We talked with him about why he would go after a job which some say pays too low for the position. His answer is that this is not the kind of election a person goes after to get rich.

He was elected to the office of District Attorney for the parishes of East Carroll, Madison, and Tensas in September of 1978, and has been reelected to that office ever since. On his website it says "Buddy has already been assigned and personally handled more Attorney General cases for the state than all living Attorneys General combined, despite the fact that he is not yet Attorney General."
Posted by blogger at 6:40 PM